Bed Bugs are once again surging in popularity (or unpopularity) due to to numerous factors and our main culprit is travel.

Not only are people bringing the Bed bug back from overseas holidays, but there are growing numbers of people holidaying within Ireland. And they are bringing this parasite home with them.
Although they are named Bed Bugs, they are not solely confined to the bedroom. And if there is an issue within your property we recommend a house treatment due to them being cross contaminated so readily.

The bite from a bed bug will unlikely be felt by the host until the following day due to the Bug injecting an anesthetic when it draws blood leaving you unaware that you are a living food source.
The bites are normally found near blood vessels and around the arms, legs, neck, face, hands.
Tell tale signs of a bed bug problem are firstly the bites on your skin and also blood spots on your sheets, bed frames, furniture, skirting boards, or and crevices or gaps anywhere in the property.

An adult Bed bug can live up to or over a year without feeding once they are living in the right climate. Young will need to feed more frequently, the adult female can lay up to 5 eggs per day. The only sure way of getting rid of a bed bug problem permanently is with professional assistance.
Please call or email Pest Control Dublin with any queries you may have!

We have had one of the most testing months with rats to date this year, some jobs are quick and simple where entry points are located through drain surveys, visual inspections, and simple proofing or maintenance measures. These jobs are run of the mill and fairly easy to solve – then you get hit with a job where there is damage on 2 properties from what we think is 1 rat totaling nearly €22,000. This problem started through shoddy building practices and really is infuriating for all involved – especially the householder footing the bill! 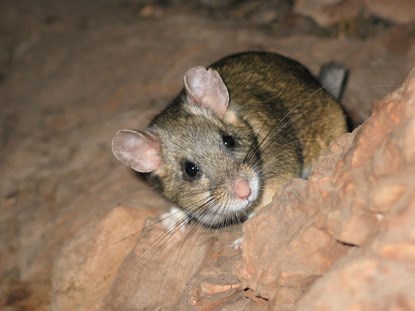 The main property involved had a burst water main under a subfloor for a number of weeks and the more areas were stripped back the more problems involved – chewed electrical wires – damp and mold due to the burst pipe – Cause of all this damage? – A builder left an open drain under the extension of the property next door. Please make sure any person carrying out any sort of work on your property is fully qualified and also has public liability. Which in this case the cowboy builder had neither.

We have used the Rat Flap over the last few months with brilliant results. It basically turns the waste pipe leaving your property into a “one way” system. The flap is installed in the junction box leading into your property. It allows water and waste to leave the property through a one way metal hinged paddle. Thus eliminating anything entering up through the pipes i.e Rats!!. This will normally happen if there is an old unused waste or drainage pipe or a damaged pipe under a sub floor of your property . This can happen normally after renovation work has been carried out on the property.

Other article: 5 Solutions for Rodent and Pest Problems in Dublin

Pest proofing, Rat attack and Fleas are back – September 2017

We are getting numerous calls – especially due to the pending weather change regarding proofing work. We normally carry out minor proofing work on properties – or if we are unable to will refer you onto a contracted fully insured and licensed construction company. Most proofing work can be something very basic like gaps around piping, under doors, broken vents or minor waste junction box proofing.

We were called to a property in north Dublin where a rodent had been reported attacking magpies and a pet cat in the back garden of a property!!. Rodents are becoming more brazen and will normally dominate if it is the dominant specie – We caught 14 rats over a 5 day period which had taken over a garden shed, not a pretty sight.

We have received numerous calls regarding fleas over the last few days. we are unsure what has spiked this outbreak -in one house especially where our technician entered the property and was bitten numerous times upon entering!!
Even if you have a dog/cat who has been treated by a vet for the control of fleas it is wise to also get your home or business premises treated also to eliminate the risk of the outbreak in your dwelling.

5 Solutions for Rodent and Pest Problems in Dublin

Most homes in Dublin will experience a pest problem at one time or another.

The most common pest problems for Dublin homes are rat problems and rodent control in general. Prevention is better than cure for any pest problem so ensuring that holes and gaps in outside walls, brickwork, floorboards and skirting can be key in rodent control. Ensuring that cupboards are clutter free and removing anything that could be used for nesting also minimizes the risk of a pest problem.

If the pests caused some damages to your driveways and you need some work done, please visit our partner’s website: Dublin tarmac contractor.

These are also important to take care of when you already have a rodent or rat problem. In addition, you can use the following:

A massive Boa constrictor hiding in the bushes in Dublin

A massive Boa constrictor hiding in the bushes in Dublin

1st April 2017 Well, we thought we’d seen it all – We received a call from a house on Blackhorse Avenue after they heard strange noises coming from their back garden which backs onto the Phoenix Park. We arrived on site to find a load of shrubbery and branches disturbed so we started to remove all the debris to investigate further. We were expecting to find evidence of rodents or even a fox – but no – we were confronted by a massive Boa constrictor hiding in the bushes. The Snake lunged at my work colleague and proceeded to wrap itself around her – I couldn’t do anything as I'm terrified of snakes – so after talking to the herpetologist in Dublin Zoo I was told to tickle the snake under its head and the snake would release its upcoming meal… well little did I know it was April fools day and the zoo thought this advice would be a great laugh so tickle it I did resulting in the snake grabbing me as well – now the 2 of us are wrapped up in the snakes coils awaiting someone from the zoo to come free us !! Ah we are only joking... it’s April Fools day there wasn’t a snake at all in the back garden ……. it was a Lion!

A rat had gained access to a toilet bowl

4th April 2017 After a call out to a house last week on Dorset St we were amazed to be shown a rat had gained access to a toilet bowl – the only thing is the toilet was 3 stories up!! – this can happen, incident but only really rarely. Well, a separate property called us today, this time on Clonliffe Rd and guess what? – yep another incident. These seem to indicate there is a major surge in these areas as rodent problems around Dublin 1 Dublin 3 and Dublin 5 are at an all time high.

10th April 2017 Ants seem to be the problem taking the stand this week with 3 calls coming in today alone. Although they carry virtually no diseases and are one of the most fascinating insects on the planet – unfortunately, are becoming a major problem- especially in food serving premises. We have calls coming in from residential and commercial customers complaining about Ant infestations – one customer rang when she found Ants in her babies cot covering her babies soother. *****Extract from the National Geographic****** Ants are one of the most successful organisms on Earth. Their numbers boggle the mind. In terms of biomass (the amount of living matter), ants make up at least 15 percent of the terrestrial animal biomass. In tropical areas, such as the Amazon, this number increases to 25 percent or more of the terrestrial animal biomass. One hectare (about 2.5 acres) of land in the Amazon rain forest can contain eight million ants or more. A study in the savanna of Côte d’Ivoire showed that a hectare there harbored 20 million. Ants are successful not only in terms of sheer numbers but in their geographical coverage of Earth, as well. There are only a handful of spots where native species of ants do not exist. Antarctica, Greenland, Iceland, parts of Polynesia, and a few other extremely remote islands in the Atlantic and Indian oceans.

Another day another rodent problem

12th April 2017 Another day another rodent problem, we were called to a property where there had been sighting of a large rat. Upon inspection, evidence was found of a rat and nesting material. They called a pest control company 3 months ago, and the company told the client it was a mouse infestation. And they laid bait points around kitchen/hot press/ and attic areas where are the usual hotspots. No survey had been carried out on the outside of the property where we found a major access point. A quick fix had the client been told about this the problem would have ended 3 months ago. We know how agile rodents are and after a full inspection, we removed a dead rat from the casing of the oven!!. Please be extra vigilant regarding your property. Check all the usual exterior hot spots and block any gaps no matter how small. If in doubt give us a call, the advice is free!!

5th March 2017 Great news to end the week – another major commercial pest management contract including rodent control and also electric fly filler maintenance and service on board so it’s beginning to look like the start of a good month. We have received a couple of calls this week regarding cockroaches – which seem to be making a comeback, one woman had purchased a used microwave oven and almost immediately noticed cockroach sightings in her kitchen. We have also received 2 bird calls this week -which were mistaken for mice, this will coincide with the nesting season. One of the birds had managed to get stuck inside a sitting room wall on the far side of a chimney wall, the bird was retrieved from the wall after we removed skirting boards and a plaster board wall !! A rat problem on another call gaining access from one property through to the others roof space in an adjoining extension- remember if there is a rodent problem on your property it is advisable to let your neighbours know as it could be their problem and you are getting the overflow – or vise versa.

A large amount of rodent problems

17th March 2017 We are encountering a lot of rodent problems. We received a call from a concerned client after a previous pest control company placed poison under the kitchen kick boards, garden decking and under the flooring of a domestic property and failed to ask the customer any basic questions regarding pets/children etc - resulting in the family pet ingesting a block of poison. Please if you are calling a pest control company onto your premises – please ask them to produce their full credentials i.e certs and also their public liability details – if they have them there will be no problems. We have had one house call this week where we placed in a motion detection camera and to our surprise and the customers' horror we found 3 different problems showing up over a 4 day period- Rats, mice … and a water vole!! Access into the property was basically down to building work carried out and leaving piping areas exposed – this work coincided with the activity starting…. if in doubt give us a call - rodent control advice is free!!